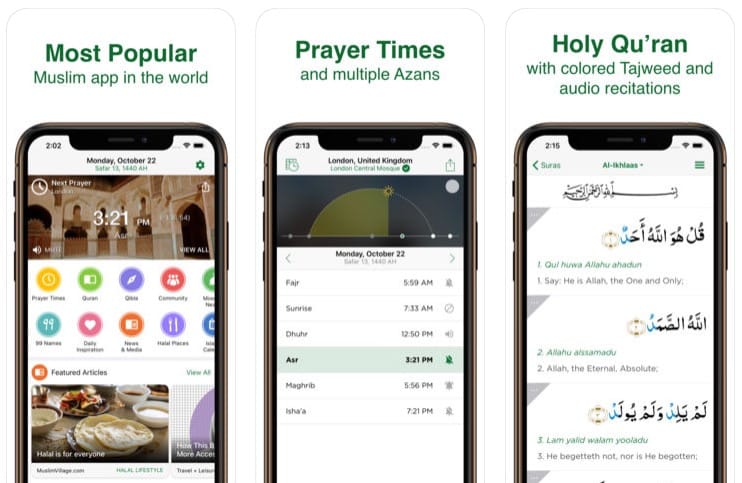 Ten years ago, the digital floodgates burst open when Apple officially launched its App Store in 2008. This gave software developers a new way to monetize and bring their projects to a global audience.

Among the first few hundred programmers who joined the digital fray was a bright-eyed iOS developer named Erwan Macé and his small team of three.

Two years after the App Store launch, Macé’s company Bitsmedia made a breakthrough. It released what would eventually become the most popular and downloaded app for the Muslim community – MuslimPro.

The start of something career-defining

Years before Muslim Pro blossomed, Macé held his own in the world of app development, spending over 20 years in senior positions for companies like Alcatel, Akamai, and Google.

Muslim Pro wasn’t the focal point of Bitsmedia at the beginning. Instead, Macé and his team built applications for top-level clients like Universal Music, Singapore Telecom, and Vivendi.

Though business was good, Macé knew that in order to prevent his and his team’s skills from going stagnant, they could not rest on their laurels.

“In between clients and enterprise projects, we were always trying our own little ideas as well, building our own apps on the side. While client projects were paying the bills, these smaller, pet projects were keeping our excitement high.”

It wasn’t until August 2010, roughly a year after Bitsmedia was established, that they found a hit.

The company had been looking into Indonesia as Macé believed that the country would become the next goldmine for the mobile internet.

He realized that Indonesia was the largest Muslim country in the world, home to 12.7 percent of the world’s Muslim population – about 225 million people.

He wondered whether there were any unmet needs in this group. At that same time, the month of Ramadan was underway, and Macé’s curiosity helped him notice a few things.

He saw that during this period, his Muslim friends were always asking about when they had to break or start their fast. That’s because fasting times depend on the position of the sun, so most Muslims find out through the local mosque, the radio, or newspaper.

This observation led Macé to think, could there be an easier way to track this fluctuating schedule – all in a single app?

Bitsmedia began to develop this idea, eventually creating a feature that calculated prayer times. However, Macé spotted an opportunity to level up. “The fasting times are just two of the five prayer times. So we thought, rather than build an app that people would only use during the months of Ramadan, why not make an app that [could] calculate prayer times five times a day for the entire year?”

Trial and error – from Indonesia to the West

Not long after, Bitsmedia released the app globally. To Macé and his team’s surprise, the response in the Indonesian market was muted.

Upon reflection, they realized that even though Indonesia was the biggest Muslim country in the world, there were almost no smartphones in the market.

While their original hopes were dashed, they quickly discovered that the app took off in Western countries instead, where iPhone penetration had surged. Countries like the US, UK, and France played a large part in the initial popularity of Muslim Pro, as the Muslim communities in those countries were relatively big.

Through sheer accident and a stroke of luck, Bitsmedia stumbled upon this niche market of Muslim minorities in the West. It was a blue ocean the startup had not accounted for.

The following year, Bitsmedia ported the app into Android. After that, Muslim Pro began to rise in developing countries like Indonesia, Malaysia, and India.

By July 2012, roughly two years after the first version of the iOS app was released, Muslim Pro reached about 1 to 2 million downloads.

It was at this point that Macé and his team pivoted their focus entirely on the app.

Because it was serving a niche so well, Muslim Pro grew organically in numbers for the first five years. By 2015, the app had reached 20 million downloads.

“We honestly spent zero dollars on marketing. It was basically app store optimization and virality – we encouraged our users to share with their friends. In a way, the product was marketing itself,” Macé recalls.

As Muslim Pro became more prominent, however, more competitors popped up. As such, Bitsmedia finally invested a bit of money into marketing from 2016 onwards so it could stay ahead and maintain its credibility.

Searching for partners to scale

It had grown the business quickly. But with aspirations to turn MuslimPro into a multi-utility platform for the world’s Muslim community, Macé realized it was time to find help. So he started a search for potential investors.

In July 2017, Macé sold a majority stake of Bitsmedia to Singapore’s CMIA Capital Partner and Malaysia’s Bintang Capital Partners of Affin Hwang Asset Management for an eight-figure sum in US dollars.

“Looking back, we were very happy not to have raised money prior to this transaction. The later you raise your funds, the less you are going to dilute your capital. When you exit, you are happier, since you haven’t diluted too much too early,” says Macé.

Scouting around and waiting for the right offer was also a decision that pleased him. “We must’ve talked to at least 15 or more interested buyers. This gave us strong negotiating power in those discussions because we were not begging someone to buy us. Instead, we were able to turn the situation around and get the really interested buyers in a sort of auction process.”

However, choosing a partner is not just about how much money is in the deal.

“It was very important for us to feel like the person partnering with us was sharing our vision. It’s like finding a business partner or co-founder. We picked the two companies that we were the keenest to work with. On both a professional and personal level, we had a strong connection with these people. We enjoy working and meeting together. I think that is very important. You really need to have synergy.”

Macé remains a shareholder in the company. The days of him writing most of the code himself are now gone; his team is now made up of 20 people. Bitsmedia recently opened a regional office in Kuala Lumpur six months ago and in Jakarta two months back.

Generating millions of dollars in US dollars per year in net profit, Bitsmedia is zeroing in on its goal of providing an all-encompassing app for Muslims.

While religion will remain the core pillar of the app, the firm hopes to address broader lifestyle needs like travel, media, food, and ecommerce. Last month, it tested a halal food directory. Although the startup hasn’t set an exact release date, it’s aiming for a global launch in 2019.

At present, Muslim Pro has 2 to 3 million daily active users and 12.5 million monthly active users. Its top markets are Indonesia, US, France, Malaysia, and India, with Southeast and South Asia being the fastest-growing markets. MuslimPro is seeing about 1 million downloads per month, most of which are acquired organically.

When it comes to monetization, 90 percent of its revenue generally comes from ads, with the remaining 10 percent from premium subscriptions. Bitsmedia is also looking into ecommerce and digital wallets to make more money.

As an advocate of data privacy, Macé says the company will never monetize user data, especially when dealing with religious preferences.

Developers need to pick a horse

While Muslim Pro originally started on iOS, its data showed that two-thirds of their users come from Android. Yet the app’s revenue is split down the middle between those platforms.

Even though Android usage may be higher than iOS in developing nations, the cost per impressions and price of a monthly subscription is ultimately lower in comparison to developed countries. Also, the conversion rate from the free tier to the paid tier of an app is lower in developing countries.

Whether iOS or Android, the bottom line for any developer is knowing which route to take. “Pick your horse. If you are an iOS developer, then invest all your time in building a beautiful iOS app. Find an Android developer that you can trust to do the same on Android,” says Macé.

What’s important isn’t necessarily which operating system to go with, but sticking with the path you’ve chosen and becoming good at it. Once you’ve managed that, the next thing to keep in mind is to write code that is secure and scalable.

“If the app becomes something big, you need to make sure it can sustain growth in terms of performance, especially on the server side. Writing code for 10 people is far different from writing code for 10 million people.”

Macé acknowledges that cases like his are rare: a mix of hard work, timing, and luck played a huge part in MuslimPro’s phenomenal growth.

Also, the App Store is no longer the same as it was a decade ago. Today, there are over 2 million different apps to compete with, and this number will only continue to grow.

While the prospects may seem grim for aspiring entrepreneurs, Macé believes there are still opportunities out there.

“If people want to do an app just because they think it’s the quick way to success, I’d rather they become a trader, investment banker, or a neurosurgeon. They will probably make more money that way, and with a better chance of stability. But if you are really passionate about coding – so much so that you think and dream about it constantly – then I say, go for it! The best developers are those who love to code in their free time.”

With so many changes happening in tech every single day, it can be hard to keep your head straight. However, Macé remains hopeful for developers. “Smartphones may have reached a plateau in terms of technology – they already do so much for a small computer that fits in your pocket – but the creativity of the developers are limitless. From a hardware point of view, the evolution [of a smartphone] may slow down, but that leaves more opportunity and responsibility on the developers to come up with new features for the software.”

He adds, “To be honest, I think there are many more years ahead of great opportunities when it comes to apps. The computing power in the modern smartphone is quite crazy. More and more, we are seeing basic AI capabilities that can run locally on the phone itself – the chipsets on the phone itself are becoming quite powerful. So all of this is opening new opportunities for developers.” 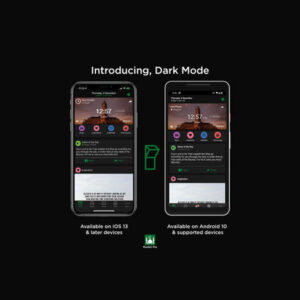